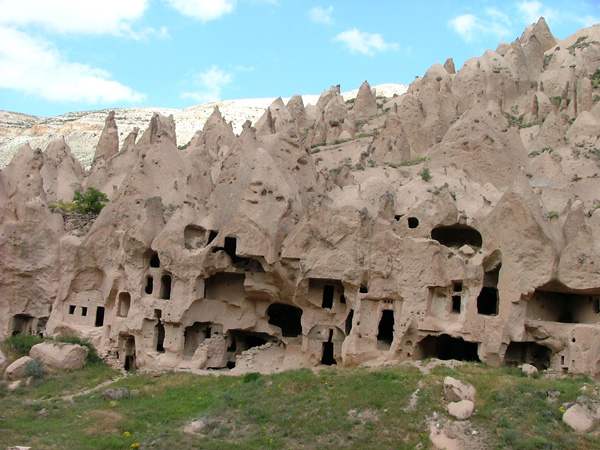 Zelve is situated on the northern slopes of Aktepe, 1 km from Paşabağları. The ruins at Zelve are spread over three valleys, which also house several pointed fairy chimneys with large stems

Zelve was an important settlement and religious area between the 9th and 13th centuries. The first seminars to pupil priests were given here.

The valley was inhabited until 1952. Apart from monasteries and churches, houses, a mill, a mosque and several dovecotes are found in the valley. A tunnel joins two of the valleys.